How to Use Rescue Oxygen for Your Pet 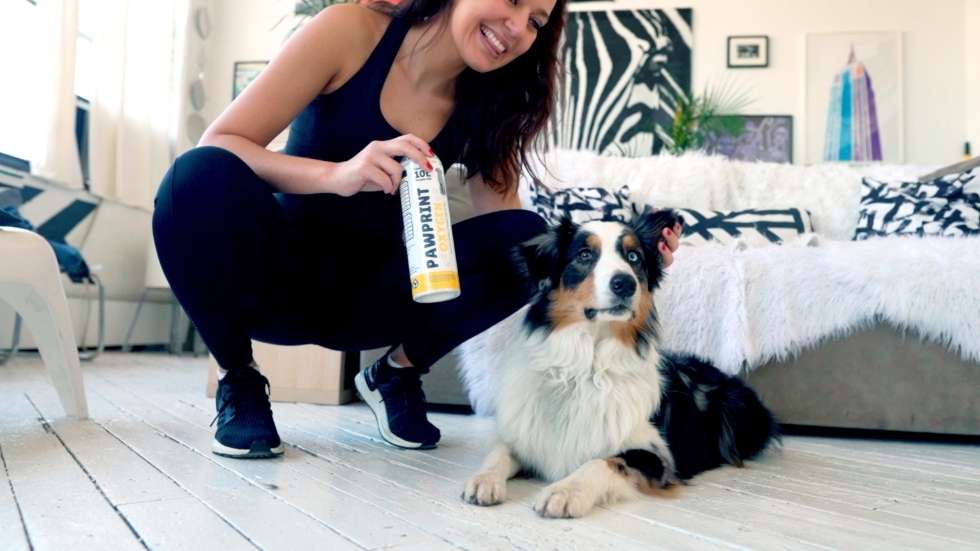 Pawprint Oxygen Canisters are a source of rescue oxygen enabling veterinarians and pet parents to provide quick, on-the-spot oxygen supplementation to pets experiencing hypoxemia (lack of oxygen in the blood) and respiratory distress (trouble breathing). As directed by an attending veterinarian, rescue oxygen can be used to help stabilize the pet and/or provide oxygen support during transport to a veterinary hospital. Pawprint Oxygen Canisters provide a safe and easy way to transport oxygen dependent pets.

The rescue oxygen system is easy to use, however, pet parents should understand and practice using the system in order to be prepared in the event of an emergency. Rescue oxygen requires someone to administer it to the patient. This includes keeping the mask or other delivery system in place, monitoring the oxygen in the canister, and changing canisters when the gauge reads empty. It is recommended that all pet parents perform these tasks before attempting to use it in an emergency. 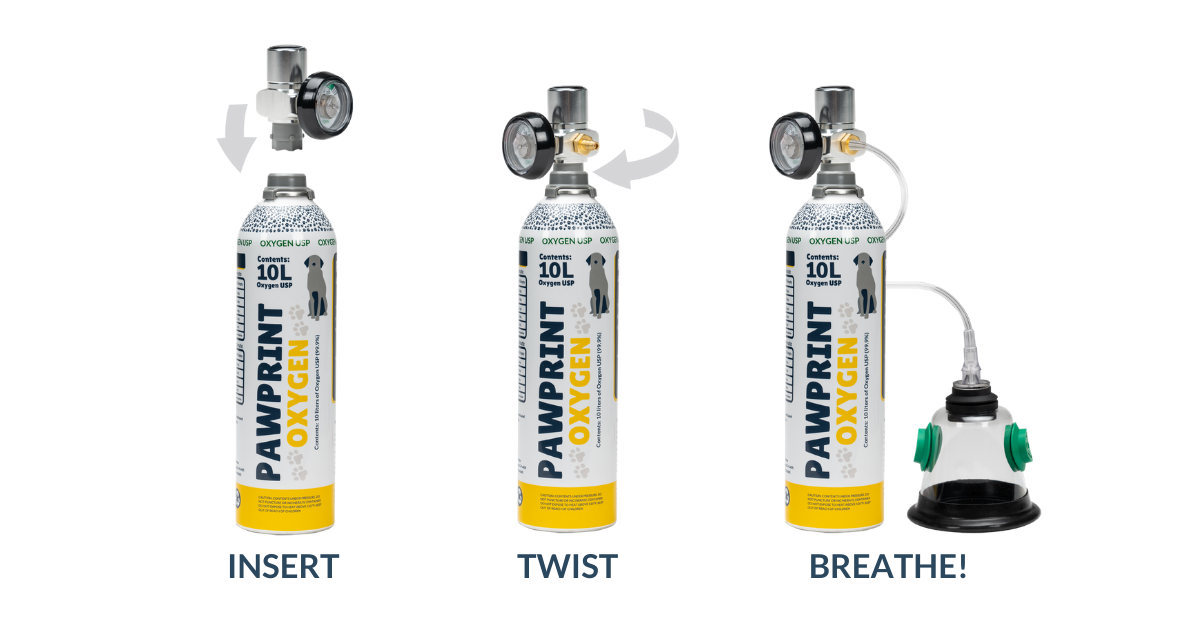 The rescue oxygen system is not designed for long-term oxygen administration.  The mask is easily deployed, however, is not practical to keep in place for extended periods of time. Similarly, the canisters are portable but they are not cost effective for extended administration. So, while the rescue oxygen system is great for addressing emergencies and transport, conditions requiring ongoing care are best treated in a hospitalized setting. The hospitalized setting not only has the most efficient oxygen administration systems, but oxygen dependent patients tend to be critical, warranting veterinary observation and treatment beyond the oxygen. In rare instances e.g. a pet flying from sea level to the mountains, palliative end of life care, etc. chronic or long-term home oxygen can be justified. Such care must be managed by a veterinarian and is best accomplished with an appropriate system e.g. home Oxygen Cage and home Oxygen Concentrator.

Any time oxygen is administered in a way that encloses the mouth (e.g. mask), head (e.g. e-collar), or patient (e.g. oxygen cage), overheating and adding anxiety to the pet must be avoided. If a mask is not feasible, other administration options can be considered.  If your pet will not tolerate the administration device or appears overheated, remove the device and place the tube coming from the regulator close to the pet’s mouth and nose while transporting them to a veterinarian.

Sean Smarick is a Diplomat of the American College of Veterinary Emergency and Critical Care. He received his Doctor of Veterinary Medicine from the University of Pennsylvania in 1991 and completed a residency in Veterinary Small Animal Emergency and Critical Care at the University of California in 2003. Dr. Smarick spent over 25 years in private and university based clinical practice while also participating in CPR research, training residents, lecturing and instructing at conferences, contributing to journals and textbooks and managing veterinary practices. He currently is a Domain Chair in RECOVER, member of the K9 TECC working group, NAVEMS board member and VETCoT Prehospital Care Subcommittee and has recently commissioned in the USAR Veterinary Corps.
Pawprint Oxygen does not provide veterinary advice. The information, including but not limited to, text, graphics, images and other material contained on this website are for informational purposes only. No material on this site is intended to be a substitute for veterinary advice, diagnosis, or treatment. Always seek the advice of a veterinarian with questions regarding your pet’s health.